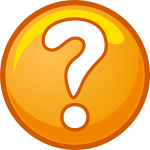 Recently, I learned a pretty good lesson from my (almost) 7 year old nephew Dillon. His 7th birthday is this Thursday, and when I asked him what he wanted. his answer reminded me of a story from this past Christmas.

On Christmas Day, Dillon proudly told me that he got EXACTLY what he wanted for Christmas. He explained that his strategy was to tell Santa just one thing because then Santa wouldn’t have to pick from a variety of options. Santa would only have ONE choice of what to bring him – the number one (and only) thing on Dillon’s list.

Dillon was lucky that he was on the “nice” list last year, and also lucky that my brother and sister-in-law were “in synch” with Santa to help execute Dillon’s masterful plan.

As I remembered this story, I was struck by Dillon’s wisdom: keep things simple, be certain of what you want, and be specific when you ask for it. He is a pretty smart kid!

Why as adults is asking for what we want so difficult to do? What gets in the way? Fear of rejection? Baggage we carry because we didn’t get what we wanted in the past? Somehow we lose the ability to make requests effectively. I know I am guilty of this – more often than I like to admit.

Think about it… When is the last time you sent an email to a group of people thinking you were clear on what you were asking them to do…and then only a handful of people actually followed through on what you asked? And then you think to yourself when you experience this disappointment: “I was so clear! I used bullet points and everything! I made a list – I numbered it for goodness sake!” This has happened to me more times than I can count.

Consider the flip side of this example…When is the last time your manager sent you an email asking for follow up on some task and you ignored it..because it didn’t pertain to you…I have been there too.

Requests should be simple – but they are not. We get in our own way – and tend to blame others when deadlines aren’t met. Rarely do we look back at what we actually asked for…what went wrong? Did we keep the request simple or was it lost in a long preamble? Was the request specific enough?

Here are the elements of a clear, complete request:

Sounds easy, right? Hmmm. Not so much. How many times have you sent an email – and guess what – there wasn’t a “Committed Listener” on the other end?? Or you didn’t give a deadline? Or you failed to say why your request was important?

And there’s more. Here’s the kicker. AFTER we make a request that we often forget that  we don’t have an Agreement until someone actually says “Yes.”

Have you sent an email recently, making a request of someone following all of the criteria I just stated above – and then STILL you don’t get what you asked for? Or maybe you asked your team in a meeting rather than an email. Or maybe you forwarded an email to a large group of people that you KNOW can follow through on what you need. And then NOTHING HAPPENS. How frustrating, right? Guess what – I will let you in on a secret. It could actually be your own fault because it is highly likely that you didn’t have an “Agreement!”

Why are we so surprised when we don’t get what we thought we asked for?

Dillon gets it. This week, he was just as specific with what he wants for his birthday as he was last Christmas. Granted, he doesn’t have an “Agreement” yet either…he’s just a lucky boy that is lucky who has family who will gladly give him what he asks for. But at least he knows how to ask.

My advice is to follow Dillon’s example. Figure out what you want. Be specific when you ask for it. Then, follow the elements of a complete request. Clarify that you have an agreement.

And… you will get more of what you want.