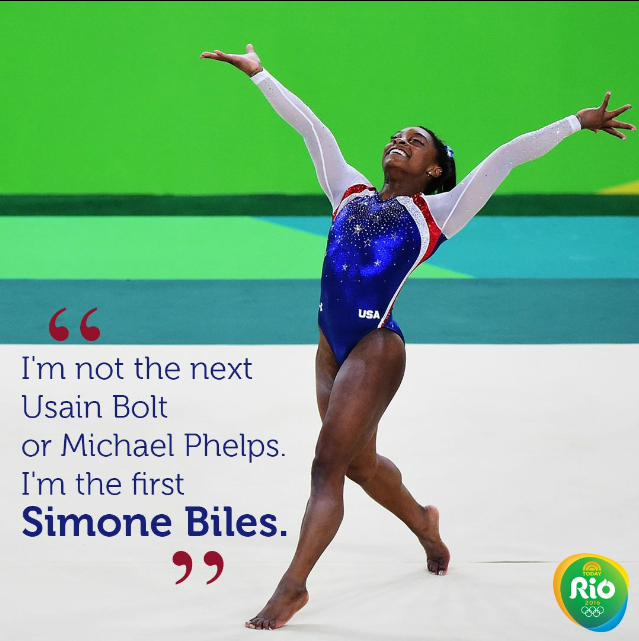 Watching the coverage of the Rio Olympics this week has made me feel a lot of things that are typical each time I watch the Olympics. But this time I also felt a whole lot of annoyance at some of the truly stupid things I have heard and read. And when I’m consistently annoyed it usually means something more is going on with me. That kind of annoyance and sometimes anger usually means that something I care deeply about is being threatened or challenged in some way.

Athletes like Biles make me so hopeful about our future. She has managed to redirect the media coverage to focus on what is truly important and to disregard the rest. She must have been raised well be her parents ;-).

Week 1 is about to end. I sincerely hope that NBC and the rest of the media is listening to the feedback being shared and improves their commentary and coverage.